We, at the Eastern Youth Chorale (EYC) are a bunch of spirited, creative, motivated young people who strive towards excellence in every area of the Performing Arts – we sing primarily, but we also dance and act- and cover  every genre imaginable. Ever so often, the EYC enjoys treating its members with a retreat- we go to different places around the country, looking for quiet, secluded areas in nature for us to learn our music and relax.  On looking for our newest destination, we stumbled upon De Freitas Park/ Ranch in Valencia… sounded nice enough; the website showed us a lush, secluded little place tucked away in nature, complete with pool facilities, beautiful surroundings, and surveillance cameras for our protection… it seemed perfect! We booked it right away. 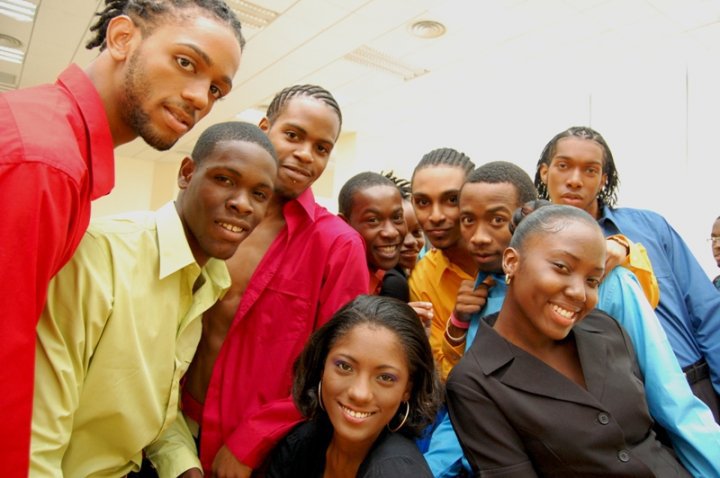 What we thought was going to be yet another wonderful weekend retreat turned into a NIGHTMARE that just got worse and worse as we struggled to wake up. The first “red flag” was the fact that when we were booking, we were told that although someone else made a booking before us that we would be given the reservation… why you may ask?! Well, as a group of about 30 people planning to go to this retreat, and payment was done per person, De Freitas Park would have been getting a much LARGER payoff if they accommodated us instead. That little nagging voice in my head told me that these people could not be trusted, had NO sense of ethics, and that their concern was strictly MONEY… but they assured us that booking us would’ve been ok, and well, from the photos on the website the place looked perfect! So we went ahead.

We were all excited. On arriving, we saw minor differences from on the website – you know, the typical “website-pics-looking-better-than-the-actual-place” scenario – but nevertheless, we refused to let this deter us from enjoying ourselves. Minor hiccups along the way still didn’t discourage us; the owners told us we were not allowed to rehearse in the dormitory area (for whatever reason), and although the dorms were lot more comfortable, we obliged and had practice in the open reception area under the galvanized roof…no practising in the dorms? That’s an odd rule… but oh well! Red flag number 2.

We saw the pool and were going to go in when we were told we had to pay $10 an hour. What?!?! The website said no such thing!! They listed it as if it were one of the other amenities provided to us, and even in contacting the ranch they never once mentioned any other payments other than for that of booking  the place. We would have never chosen a place that charged for pool use! What sort of shoddy, scheming place was this, where pool use had a fee?! Clearly not in the league of resorts we were used to… but again, we made no deal of it, because we were already here and we were out to have fun.

This is in no way an accusatory note – I actually do not know what to make of the situation as yet, but you can determine for yourselves. We arrived at the Ranch on the night of Friday 25th May 2012. On Saturday night, our dreams turned into SHAMBLES. For the first time, on the Saturday we gathered everyone together in the reception area for our first practice. After 3 hours of intense rehearsal, we retreated to our rooms… we heard a fellow member SCREAM OUT  that her brand new expensive smartphone had been stolen, along with ALL the money in her purse. Everyone SCRAMBLED up the stairs to see if they’d lost anything as well… ONE BY ONE MEMBERS BEGAN TO EXCLAIM, AS THEY REALISED THAT WE HAD BEEN ROBBED!!!

People lost iPods, Blackberrys and other smartphones, chargers, laptops, digital cameras and camcorders, a PSP, a LOT of money, bank cards and ids, makeup, clothes and even SHOES. Scores and documents were scattered, people’s clothes were rummaged through, and no less than $20,000- $30,000 in cash and items had been stolen while we were out of that room! BE AWARE that doors were LOCKED before we left.

We were DEVASTATED. But what made it EXPONENTIALLY WORSE was the TOTAL LACK OF CONCERN FROM THE OWNERS, CYNTHIA AND LEROY DE FREITAS.  We immediately called Mrs. De Freitas, the one with whom we liaised – she told us she was in church and would come TOMORROW, then HUNG UP.  We went to Mr. DeFreitas, who was extremely avoidant and said that his wife was the one who handled things and refused to say anything more. In desperation, we went to the nephew who lived next door and told him that we were robbed… He came to his door and LITERALLY SAID “ OK, that’s really bad” THEN WENT INSIDE. We were FLABBERGASTED. WHY DID THESE PEOPLE SHOW NO CONCERN WHATSOEVER?!?

We called the police, who showed up in no time – the only GOOD thing about our experience in Valencia thus far. We also continued trying to call Mrs. De Freitas, who was DISCONNECTING OUR CALLS. What sort of operation WAS this?!? Why would a business owner not even FEIGN concern for the sake of their business?! I personally went to the nephew and told him that if he cared about the fate of the ranch he would let his family know the legal implications of their behaviour, and how SUSPICIOUS their behaviour was seeming. The nephew spoke to Mrs. De freitas, and after calling again, she said she would come in half hour. She NEVER CAME. We made our police reports, showed them what we noticed, and gave them a list of items that were missing, along with our contact information. The police noted no signs of forced entry, although doors were LOCKED… Curioser and Curioser.

The next morning, EYC decided that they were going to jump into the pool and make the best of a horrible situation. So the owners didn’t care about our loss?! Well we were gonna have fun NONETHELESS!! While splashing about, Mr. De Freitas walked past, looked at us, said “good morning” and walked away. NO MENTION OF THE ROBBERY AS YET.

The police showed up… lo and behold it was because MR DE FREITAS TOLD THEM THAT WE WERE USING THEIR POOL WITHOUT PAYING!!! Can you IMAGINE the GALL of these people!?!?!?! We told the police EVERYTHING…How could you call the police for not paying TEN DOLLARS to use your pool when your business was responsible for the loss of over TWENTY THOUSAND DOLLARS in cash and items?!?!?! The police could not HELP but laugh at the ludicrousness of the situation. As they were there , I took this as an opportunity to get co-owner Mr. Defreitas to speak with us, with police present as mediators. The police left subsequently and we were able to speak to De Freitas, who told us we could TAKE HIM TO COURT IF WE WANTED.  Disgusting people! We decided that we’d use the simplest yet most powerful tool against him – PUBLICLY STATING WHAT HAPPENED .  Leroy and Cynthia De Freitas will not get vandalising of their property or a cuss out from me; I’d rather they hang themselves and their business by their OWN behaviour.

I don’t know if they saw bunch of young people and assumed that they could take advantage of us, or if they were simply as unprofessional and ignorant as they seemed, but SOMETHING had to be done. They had “surveillance cameras” which they did NOT want us to see, nor did they offer to the police. They made absolutely NO attempt to settle our minds or even PRETEND to care.  A fellow choir member had an uncle who worked at the Valencia Police Station, who found out that the place had been robbed BEFORE and reports were made. HMMMM…

I would like to recap the main points in this note:

I am not one to jump to conclusions, and I would not tarnish someone’s name without proof. But something was DEFENITELY AWRY and one thing I DO KNOW is that I will NEVER PATRONISE DE FREITAS PARK AGAIN, AND I ENCOURAGE ANYONE WHO IS CONSIDERING STAYING THERE TO THINK CAREFULLY : Do you want to give your money to a place that shows BLATANT DISREGARD for your wellbeing and is a place that is apparently KNOWN for being robbed?!?

This nightmare is one that I wouldn’t even wish upon my worst enemy.

Although I wish no ill of Leroy and Cynthia De Freitas, these people are not FIT to run such a place, and I hope by spreading this message others will know this as well.

I encourage people to pass on this message of our experience (CLICK “SHARE”). LET’S NOT HAVE THIS HAPPEN TO ANYONE ELSE.