Have you ever waited forever to meet the love of your life and instead you meet … trouble?

For a man like Pearce Ryker, when a mysterious woman starts sending him messages over the Internet, his whole life changes. She is beautiful, with the sweetest personality and a captivating sensuality, which draws him swiftly into a deep and passionate online relationship. This is love, Pearce is convinced of it!

Soon they decided to meet face to face. Fearful of being ‘catfished’ (lured into a relationship by a person adopting a fictional online persona), Pearce awaits the arrival of his Internet love interest at the airport. More than he expected, she is a dream come true, but after a perfect beginning, that dream soon turns into a nightmare, with many twists and turns. 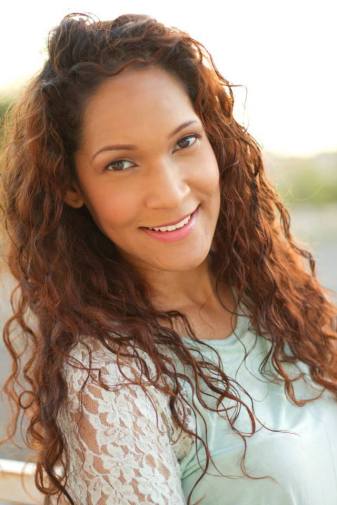 Model and stunt man Allan Ferreira will play the lead role of Pearce Ryker, a man in search of love in all the wrong places.

‘The Longest Wait‘ is a dramatic feature-length film, which will be shot in Trinidad from July 4th – July 26th, 2015 comprising both Canadian and Trinbagonian crew. The film will be a mentorship collaboration between student filmmakers from the Vancouver Film School (VFS), film students of the University of the West Indies (UWI) and Trinidad and Tobago film professionals for the duration of the film production period.

The film will be directed by first time director, Dimitri Scheult, a 21 year old Trinbagonian who attended VFS. The script was written by Executive Producer, Beverly Singh and the production will be managed by FIXERfilm Limited, a local production company based in Trinidad led by Leslie Ann Wills-Caton.

Director of Photography Bullet Dabu and Editor Rafe Larsen of Canada are currently on location for the project and working closely with local crew including 1st, 2nd and 3rd Assistant Directors Dion Boucaud, Sophie Walcott and Teneka Mohammed respectively.

Lead character Pearce Ryker will played by Allan Ferreira, a 2006 Full Sail University Film graduate and manager of ‘Wolfpack’, a film stunt team. Ryker’s mystery Internet love interest will be played by Cindy Daniel, an aspiring thespian and practising attorney who has been involved in commercial theatre and film in Trinidad and Tobago since 2010.

Brian Chung, best friend and comedic voice of reason to Pearce Ryker will be played by Andrew Alden Friday, an actor and comedian who is a familiar face on commercial television as well as a familiar voice on radio. Other cast members include, Taromi Lourdes-Joseph in the role of Suzie, Christopher Smith as Sgt. Rudy Singh, Jamie-Lee Phillips as Mrs. Singh along with supporting cast members Syntyche Bishop, Fabien Bruce, Regina King, Kelon Crucikshank, Brent Ferreira and Marisa Gangasingh.

Sponsors in kind include three fashion houses, Cittizen, Trinicentric Apparel and Risanne Martin of BCO fashion. The Purple Dragon Dojo has also contributed to the progress of the film along with several other companies including the Central Athletic Club, Transport Solutions Limited, Clifton Hill Manor, Mr. Roger Zoff Celestine and Christopher Russell of Momentum.

To follow the production journey of ‘The Longest Wait’ and for all the latest updates from the film set, Click HERE