When Jeaneen Roberts; a student of the St. Augustine Secondary School drama club was diagnosed with cancer in 2006,  Andre Dillon and Deona Ferdinand; (Co-Founders) of D.M.A.D Company, decided to use theatre to raise funds for her treatment and care. In 2007 DMAD Company staged its first production as a fundraiser. This production featured two shorter plays; Deona Ferdinand’s “I’m Human Too” and Ronald Amaroso’s “Sangre Grande by Two.”

Since then DMAD. Company has continued using the medium of drama and theatre arts to help the less fortunate.

To celebrate their 10th Anniversary, and as a fundraiser to aid a long-standing  member; Denton “Gitta Dan” Peschier, DMAD Company invites you to revisit the magic of their “GENESIS” on Saturday 17th and Sunday 18th of June, 7PM, at UWI LRC Auditorium.

Each night, this production will feature moving revivals of the two plays which started it all, “I’m Human Too” and “Sangre Grande by Two.” These two plays are guaranteed to make you laugh, reflect and even come close to tears.

“I’m Human Too,” explores a student grappling with the decision to have an abortion or not. Her decision is further compounded by the personification of her fetus begging her to live. The emotional journey continues in “Sangre Grande By Two”, a drama which provokes the thought of “why do women stay?” while sparing a thought for the lack of psychological support for emotionally injured men.

Proceeds from Genesis, go towards helping Denton “Gitta Dan” Peschier build his home. Illness has rendered Denton unable to acquire gainful employment and as such, he remains in urgent need of financial assistance. Audience members are also encouraged to extend a hand of assistance to Denton. Denton is a longstanding member of the D.M.A.D Company’s family.

After 10 years DMAD Company has remained true to its mission of using drama to Provoke Thought, and Stimulate Change. 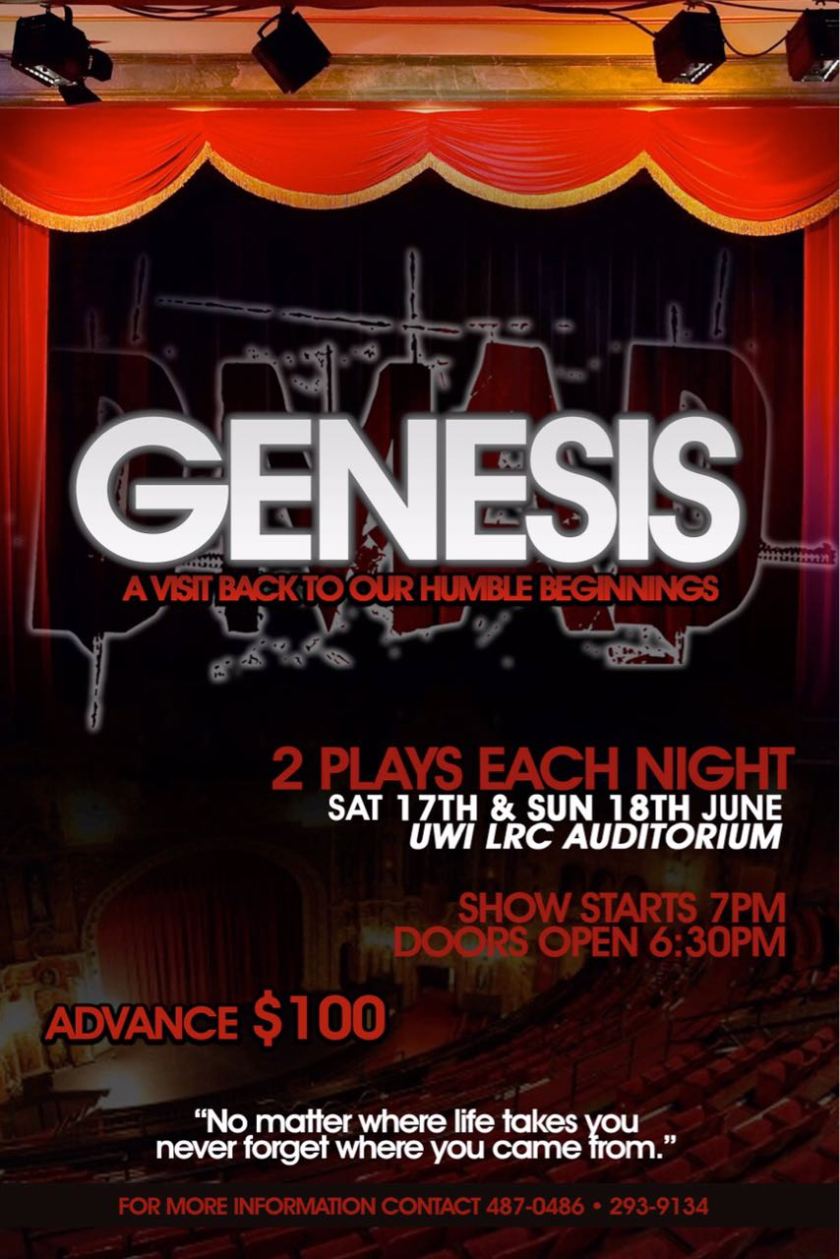