The National Drama Association of Trinidad and Tobago (NDATT) has secured a generous discount for its members to participate in the upcoming Trinbago Actors Career #LevelUp Workshop with Noel Arthur on September 22. The workshop, titled The Business Behind the Show, is part of the line-up for the T&T Film Festival. While tickets are being sold at public outlets for $400, NDATT members will be able to register for the workshop for ONLY $300 at selected locations. 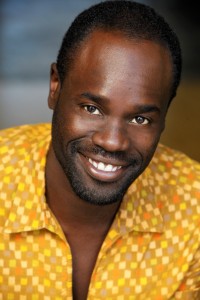 Noel Arthur is a Los Angeles-based, Trinidadian-raised actor, who has been working in Hollywood in film and TV for the past 14 years, and has recently been cast in Jane the Virgin.

Arthur will share his business strategies for building a solid foundation, primarily for acting in the North American markets, including Los Angeles, New York, Atlanta, New Orleans, Chicago, etc. The workshop is aimed at assisting new to mid-level Trinbagonian actors advance in their acting careers by providing tools that will enable them to be competitive in the American entertainment industry.

On September 22nd 2018, 9am to 12 Noon at the Trinidad Theatre Workshop, Arthur will share his business strategies for building a solid acting foundation. During the workshop, actors will learn how to market themselves by their acting type and build their toolkit of marketing materials including their acting headshots and performance reels. They will learn how to set career goals that are manageable, realistic and FUN to work towards. They will be taught who they need to meet that will open doors to get them on-camera acting work, including agents, managers and producers, etc.

Noel says, “In theatre, you can play anything. In film, TV and commercials, having a specific brand that you lead with makes it easier to cast you, eg. are you a leading woman, a supporting, comedic, or character actor etc. Successful actors fine-tune their images down to one or two types they play and base all their promotional materials (e.g. Headshots, acting reel) around their brand or type. We will be working on making specific choices of what you are selling, the most current trends in promotional material and best networking etiquette to be as successful as possible.”

Arthur has been holding a FREE, one-month virtual bootcamp as a precursor to the workshop on September 22nd. Of the bootcamp, Sonja Dumas; director, screenwriter, actor and NDATT Member said,

“Noel Arthur provided a warm, sharing space for us participants to dig more deeply into what we want and need to do to become working actors in Hollywood. Noel is knowledgeable, practical and affable and has truly helped me to zoom in on the things that really matter in the competitive world of film and television. I’ve also discovered that I really like assessing “type”. Maybe there’s a future for me as a casting director! I look forward to meeting him and my fellow boot campers in person and to doing more exercises in the service of making ourselves marketable screen actors.”

The Business Behind the Show is an NDATT Assisted workshop produced by Elisha Creates, and is sponsored by NDATT, Native Caribbean Foundation, Domino’s Pizza and Dougla Matrix.

NDATT Members pay only $300 and can access this discount via online payment through the NDATT website [CLICK HERE], or pay in cash at the NDATT office, located at #6 Newbold Street, St. Clair, on or before September 15, 2018 to secure their spot. Office hours are Mondays, Wednesdays and Fridays 12 pm to 6 pm and Saturdays 2 pm to 6 pm.

Non-members and those who have not yet completed their NDATT membership registration, but wish to access this discount may apply for membership via the Association’s website [HERE].

For more information, go to https://iamndatt.wordpress.com follow NDATT on all social media platforms at @iamndatt or call 351-6293

Incorporated under Act 33 of 1989, (The National Drama Association of Trinidad and Tobago (Incorporation) Act, 1989), NDATT is a collective of professional and amateur theatre practitioners who are committed to the development of the theatre industry in T&T.

Founded in 1980 by James Lee Wah, NDATT is the first and only statutory body that represents the interest of theatre in T&T. After a seven year hiatus, the NDATT was revitalized in July of 2017 with renewed purpose to the development of theatre in T&T.

#ArtsBizTraining 🎓: Learn to develop your creative business while overcoming emotional & psychological blockages to your success.