Party Done! This play carries the audience on a journey through dishonesty, disloyalty and ‘horninology.’ On Thursday 26th February,2015, I journeyed to see this play which I expected to have the Monk Monte classic , ‘Party Done’ in it,but it was far from a carnival reflection. Directed by Raymond Choo Kong and produced by First Instinct Productions, the play explores many modern Trinidadian themes, inclusive of Police Brutality, Relationship Affairs, Family Relations and Vengeance. The play is crafted to captivate the audience through its usage of comedy,a simplistic set and literary language. However, there were a few note-worthy short comings with characterization and the other Elements of Drama.

So lewwe talk the real talk,away from the necessary, standardized, formal, critique introduction above. Horninology is the psychology behind horning, and this play had more horn than taxis on the bus route. Ron  (Arnold Goindhan) was the main culprit in the tangle of dishonesty. This man seemed to have an overactive sex gland, desperate to “chase anything with skirt” as acknowledged by his wife Pauline (Carolince Taylor). He embodied the typical ‘tusty man’ found in any group of male friends. The first scene set in the contemporary, well-off household of Barry, introduces us to a relationship between the ‘tusty man’ and Barry’s wife, Janice (Cecilia Salazar), who gave a rather tired performance on the night, with a few clear slip ups. This opening scene immediately had male audience members calling into question the true intentions of their ‘bredrin’ who befriends and visits their significant other a little too often and vice versa for that friend’s other half. The play evolves around Janice and her dying relationships. Her dishonesty lends to a man being killed,her son being arrested and some random  young ‘bad thing’ being a serious case in the police books which leads us to the next major theme, Police Brutality.

Police Brutality at its finest, was introduced with a common scenario of a plain clothes police officer abusing a young lad with ‘some hard slap’, so as to get a confession out of him. The character of  Inspector Curtis was played by Kevin Brooks who gave a very anxious and uncertain first night performance, however it was an effortful portrayal,so kudos to him for that. The officer, bobolizes Barry’s son, Alan (Trevon Jugmohan), who seemed to possess only one facial expression throughout… one very similar to that of Kristen Stewart from Twilight. I must commend him for keeping that expression straight throughout, because he seemed to be quite a happy fellow at the play’s end, running to give Ms.Verna St.Rose Greaves (quite a brilliant woman) a bouquet of Balisier.

Moving along, Alan’s physical features were a bit off as well. He looked like a “horn child.” Janice, care to answer? Another major theme sprouted between Janice and Alan was that of poor family relations. Her son held hatred and disgust in his heart and blamed her for his misdeed , which I will not divulge. Go see the people play! He barely spoke to her and refused to let her touch him. He once adored his mother, and her own actions has lead to his demise. It was felt that there should have been an alteration in lighting for the scenes where it was just the both of the so as to enhance this idea of poor relations and darkness in the heart.

Vengeance and good old Barry. Barry (Raymond Choo Kong) was an old business man with a relatively successful business. His character was the no nonsense man. The gesticulation and finite detail of the character was well thought out. Aside from a few improvisations with his lines, a solid performance was laid down by Raymond. His main purpose was to ensure that his son’s name is cleared and he was willing to go to any extent to do so. The father- son relationship is admirable in this production. Barry also brought across a minor theme. Mature Marriages and the Patriarchal society. We see Barry constantly putting his wife down and asserting his male dominance. At the end of the production, the battle is between two males. Barry and Ron and after much twists and turns,ups and downs, Party Done with a great ending.

Aside from this well crafted script, there were a few elements that could’ve been enhanced. Firstly, the music selection. Assuming that the story is based in a Trinidadian community, some more Soca or Trinidadian music should’ve been included. Although it is a personal opinion, Party Done should’ve been somewhere in the musical score. Secondly, some characters such as Alan and Curtis needed to take some additional time to understand, interpret and further research their characters. They both gave fair performances. Thirdly lighting variations should’ve been used to enhance some scenes, especially the last scene with the most ‘Bacchanal.’

In conclusion, this play was entertaining and explored some serious issues in contemporary Trinidadian society. I encourage anyone 16 years and over to go support our local art form and see this play as well as any others.The production had a few faults but overall was entertaining and intriguing.I also encourage anyone who saw the production to leave respectful comments below.Additionally the main lessons to be learnt: Doh Horn Yuh Woman with yuh Bredrin Gyal, Doh be tusty and doh walk no gyal down no lonely,dark street who yuh just meet. (See the play to understand the last one) 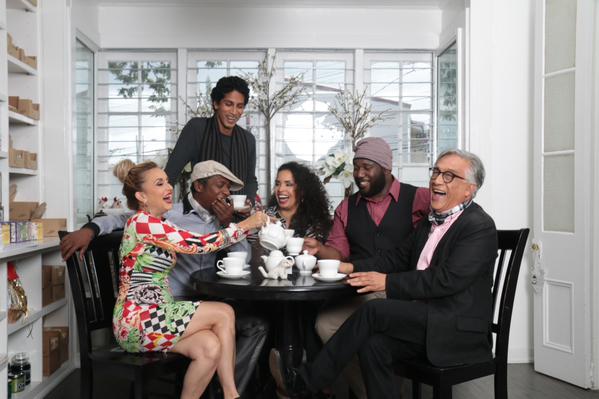