Pauline Mark is no stranger to film. While she has been featured prominently in feature films, shorts and TV Series both locally and abroad, she has also made a name for herself behind the camera as a producer for X and Y (TV Series), Wierd 5.0 (TV Series), and The Apartment: About Last Night (TV Movie).

Ever on a creative mission, Pauline has undertaken a new project; a feature length documentary titled Drama Queens, that will explore the personal and professional lives of four of Trinidad and Tobago’s most dynamic and iconic female stage performers – Cecilia Salazar, Leslie-Ann Lavine, Rhoma Spencer and Penelope Spencer.

It is interesting to note that the concept for this documentary is anything but a typical straightforward. In an ingenious twist, Drama Queens has likened the four actors to traditional and folklore characters whose narrative and personality reflect their own.

Cecilia Salazar is likened to the “Grande Dame” – a version of the mas character, Dame Loraine, that embodies the merging of European and African cultural retensions; Leslie-Ann Lavine portrays an interpretation of the infamous “Anansi” – the west African and Caribbean trickster, shapeshifting spider; Penelope Spencer is the “Macomere” – a version of the character she embodied in the hit play, Carnival Medea; and Rhoma Spencer wields the title of “Ambataila Woman” – a stick fighter-woman, infused with elements of the Orisha Goddess of wind and storm, Oya.

Pauline, in a recent interview with the Trinidad and Tobago Performing Arts Network, gave some insight into the connections between the women and the characters to which they were being compared.

Salazar’s likeness to the “Grand Dame” can be found in the actor’s regalness and poise; she is the closest thing to royalty we have on stage. Leslie-Ann Lavine’s story of winning a cacique award for her debut performance after a career of behind-the-scenes expertise inspired the comparison to “Anansi” with his shapeshifting deception. Pauline said, “[Lavine] had everyone fooled about who she was and then stepped into the spotlight and blew everyone away.” Like Anansi, the trickster, she fools her audience every time she inhabits a different character.

Penelope Spencer was so convincing in her performance in Carnival Medea, that Pauline said she knew that the “Macomere” was the perfect fit for her. She cites Spencer’s communal, down-to-earth, motherly personality off-stage as further reason for the juxtaposition.

When Rhoma Spencer was approached about for the project, she asked to be portrayed as the Ambataila Woman. After discussing the idea, Pauline agreed that it was a perfect fit. Pauline spoke of Spencer’s formidable presence, her aura of a strong, black, Caribbean woman, and how Spencer’s desire to have elements of the goddess Oya in her performance was well suited to the persona and narrative that she wanted to portray. 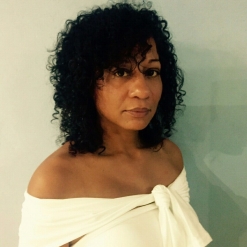 Pauline said that the inclusion of the folk aspect was to “infuse an element that could capture our unique cultural fingerprint.”

Inspired by the 2016 musical film, La La Land and the 2016 Caribbean Premiere of Carnival Medea, Pauline set out to create  something that celebrated and preserved Trinidad and Tobago’s heritage while lifting up our present icons – much in the same way that La La Land captured the magic of “Old Hollywood” while creating something vivacious and new.

“The experience was like something magical was happening,” she said, “the magic of Carnival Medea combined with the effect of La La Land made me start to conceptualize something that was local, something that preserves who we are but also reflects our unique identity. We are not Hollywood, that’s their narrative. I want to tell our narrative.” 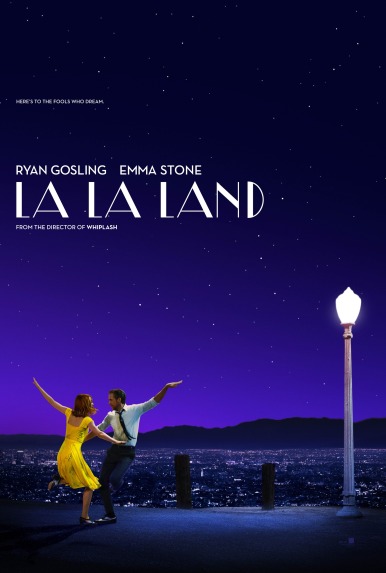 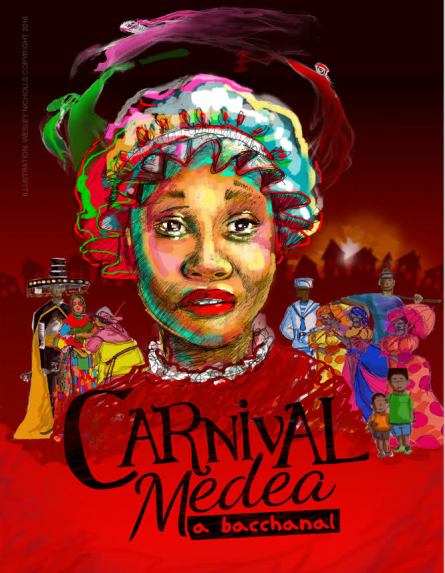 “A lot of the young people would not know what some of those characters are and it’s because we’re so influenced by the foreign media… We forget about these things we have that are inherently Trinbagonian. We forget [that] we have things that are unique, interesting and rich, things that are just as appealing and just as good as the other things out there.”

To help craft this cultural narrative, the docufilm will be narrated by Stephen Hadeed Jr. and feature appearances by other prominent figures in the performing arts scene, inducing notable luminaries such as  Tony Hall, Tishanna Williams, Ronald Amoroso, Richard Ragoobarshing and Daniel Dieffenthaller to name a few.

Drama Queens is also part of a tryptich of films called I’m Just a Girl. The series is a response to the increasingly negative headlines centered around women in Trinidad recently. It is an attempt to reclaim the narrative and show the world that women aren’t just victims, that they can be strong and regal, skilled and versatile; they can be women and be cultural icons. In a time of so much female-centered violence in our country, an undertaking of this sort feels not only relevant, but necessary.

Drama Queens is sure to be quite the experience for anyone who is interested in theatre, the arts, the celebration of womanhood and in local culture on the whole. It is Pauline Mark’s edification and reaffirmation of our cultural identity. It is her saying that it’s okay to enjoy La La Land and simultaneously appreciate, promote and uplift our very own “Trala Land”; our Anansis and Grande Dames, our queens of the stage.

To stay informed as the film develops, CLICK HERE to connect with Drama Queens on facebook, and check out the teaser below.

Hey, Shazim Khan here! I’m a student of literature at UWI, which happened as a result of a long time fascination with words in all their various forms and mediums. I also have a deep affinity for the arts on the whole, especially music of all genres – I’m an amateur guitarist.

I’ve recently been introduced to the fascinating world of theatre. The spellbinding magic that can be so expertly conjured on stage has captivated me and inspired a desire to learn and experience as much as possible of this timeless and magnificent craft.