A creative hub for sharing, exploring and networking. That’s what Thrive International is promising fashion, art, media and entertainment industry insiders and enthusiasts alike with their Thrive in TNT event.

Carded for 1 to 10 p.m. on September 29 at The Chancellor Hotel, St Ann’s, Port of Spain the showcase will feature live art paintings, an art gallery display, film screenings and fashion shows. There will also be special designated networking zones to bring like minds together, as well as, an open market stocking the works and creations of all participants.

“It’s going to be a space to learn not just the fundamentals of your craft, but to exchange ideas with people who are faced with the same real world challenges as you. Together you can solve more problems and both grow. With this approach we all thrive,” an animated Auguste said of the event’s concept.

Investing in the local product

Auguste said ThriveInTnt will feature a Thriver’s Lounge where guests can rub shoulders with industry insiders. There will also be a special mentor area for one on one exchanges, as well as, an Icebreaker area where the more introverted and reserved creatives can interact with each other through a series of creative activities.

“We accomplished a lot here in Trinidad this time around; the ThriveINLime series was a success. Over 30 performers showcased their work, and over 20 industry professionals shared their experiences to over 400 Thrivers. They were all able to network and generate new contacts for future projects.” Auguste concluded. 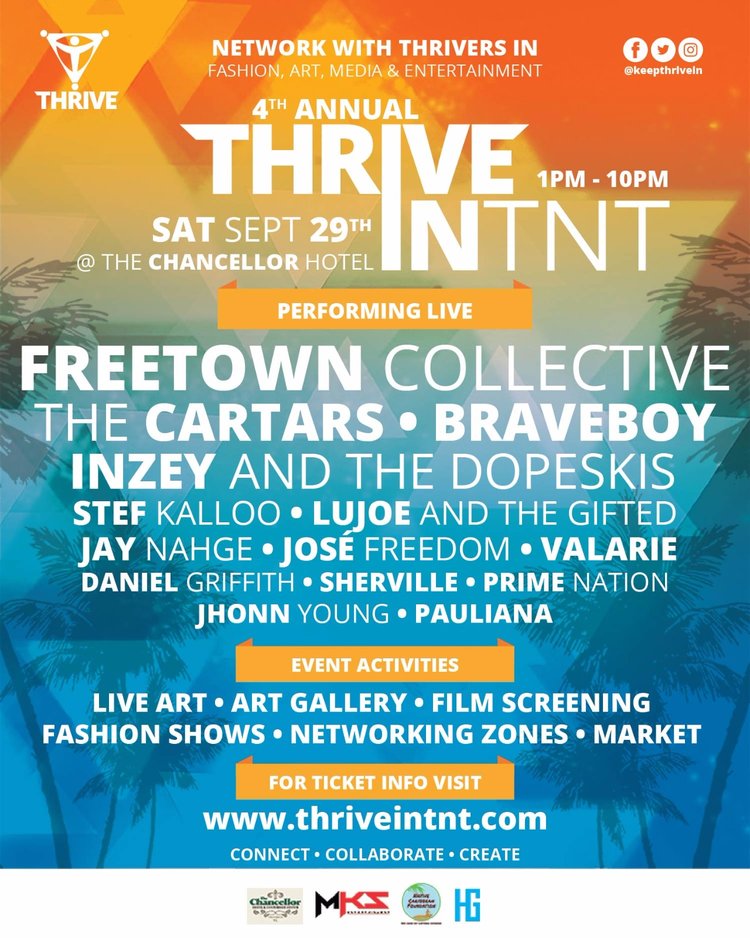