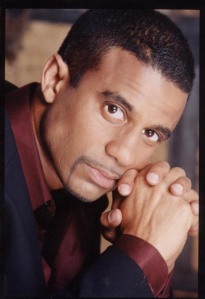 In 1990 G. Anthony Joseph set local television screens ablaze with his movie Men of Gray, which was followed by its 1996 sequel – Men of Gray 2: Flight of the Ibis. A bonafide star, Joseph is one of many Trinbagonian-born talents working in Hollywood and the international film and television industry, whose acting credits include Jag, American Family, Contract Killers and Backlash. Now he is returning to his native Trinidad and Tobago to share his experience with aspiring actors and film producers on April 27th and 28th at the Trinidad Theatre Workshop.

This two day intensive course, hosted by PWTM Productions Limited in conjunction with the Trinidad and Tobago Performing Arts Network, is ideal for persons who are interested in learning how to successfully develop their skills, market themselves and permeate the wider world of the film and television industry.

Special emphasis will be made to: film and television producing, funding projects, marketing and creating an audience for content. Participants must be 18 years or older and have intermediate to advanced training/experience in the areas of performing and/or producing.

Participants will be working with material from top American television shows and film projects. They will also be given the opportunity to read from the script of G.’s upcoming production Men of Gray 3: Liberty in the Fires, which is currently in pre-production and casting.

In a statement to the T&T Performing Arts Network, Joseph said,

I am extremely excited to be holding my first acting and producing seminar in Trinidad and Tobago and seeing the talent that will be shared in the room. I’m most looking forward to seeing actors and producers grow over the two days we share together, and walk away with the tools to take their careers to the next level.

The seminar costs $300 TTD and spaces are limited. Part of the proceeds will be used to support a local actor, as well as be donated to the Wishing For Wings Foundation.

Pauline Mark is a Film Producer, Writer, Director and Actor who has been involved in entertainment, culture and the arts since 2003. She has appeared in noted Trinbagonian productions, including: Positive and Pregnant (2011), The Cool Boys (2012), Home Again (2012) and Bazodee (2015), and has been featured in many local and regional print and television advertisements.

Pauline has served as a content creator for state-media; co-producing and scripting two seasons of Wired 5.0 Carnival series. She also created, produced and directed X and Y TV series in 2016, and produced The Apartment: About Last Night pilot film in 2015, among other projects. A true patriot, Pauline continues to do work that promotes Trinbagonian culture, people and places.