On September 15th 2019 I attended a private listening party for Adan Hagley’s debut album – Insomnia  at the Kaiso Blues Cafe; a precursor to the official album launch this weekend at the Little Carib Theatre, and it is definitely one to keep you up at night. 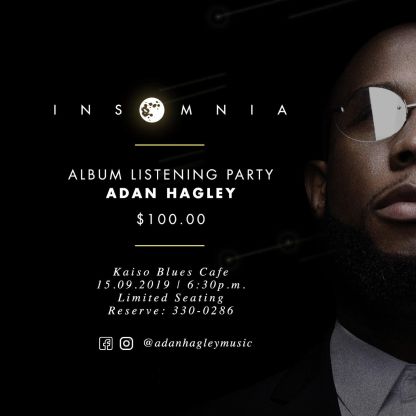 “I wanted to document my journey… Jazz to me is an expression;being able to express myself musically where words fail me. It’s about living in the moment” ~ Adan Hagley

I experienced a plethora of emotions while sitting there, listening; absorbing every note played, every tempo change, every harmony and every story narrated through each composition. Adan’s musical arrangements pulled at the chords of my heart, and the genre fusions was especially intriguing. There were elements of Jazz, Calypso, Latin and Funk music and that mixture definitely added caffeine to my coffee. Who knew  so many genres could be so perfectly glued together to produce such a masterpiece that is Insomnia?!

With the intricacies of each instrument’s part whether it be the saxophone, steel pan, piano, bass or drums, one could tell this was carefully written and so perfectly fused to tell multiple stories through each piece. Tracks like “Runaway” mentally transports the listener into a stress free space, taking you further and further away from this world’s troubles and straight into a portal of relaxation, with every cadence erasing your troubles away.

His innovation on this album is jaw dropping. He even put a whole new twist on one of our local favourites, “Cheers to Life” by Voice which was all jazzed up and stripped down. It was beautiful. My absolute favourite number on the album however, is “Snarkyish”. Now as a vocalist, I ‘d admit that I have a preference for vocals as opposed to only instrumentals but something about “Snarkyish” captured my soul. The horns, piano and percussion were a transfusion of joy that encouraged my implausible daydream of being a Latin dancer.

It was evident that Jazz was the common thread throughout the album though fused with other genres mentioned previously. I couldn’t help but think of Jill Scott as a singer for Adan’s musical arrangements and I therefore feel inclined to suggest that vocals be added in future as to appeal to a wider audience, but perhaps that it could also be my bias as a singer. In my desire to hear vocals, I did hear the influences of Shadow, Snarky Puppy and Caribbean Jazz Project who are all great influencers in the industry.

The official launch of Adan Hagley’s debut album – “INSOMNIA” will be held on Saturday 12th October at the Little Carib Theatre at 7pm. Experience it all Live and relive the moment with your own copy of Insomnia, available for sale at the concert! Tickets are only, $200. 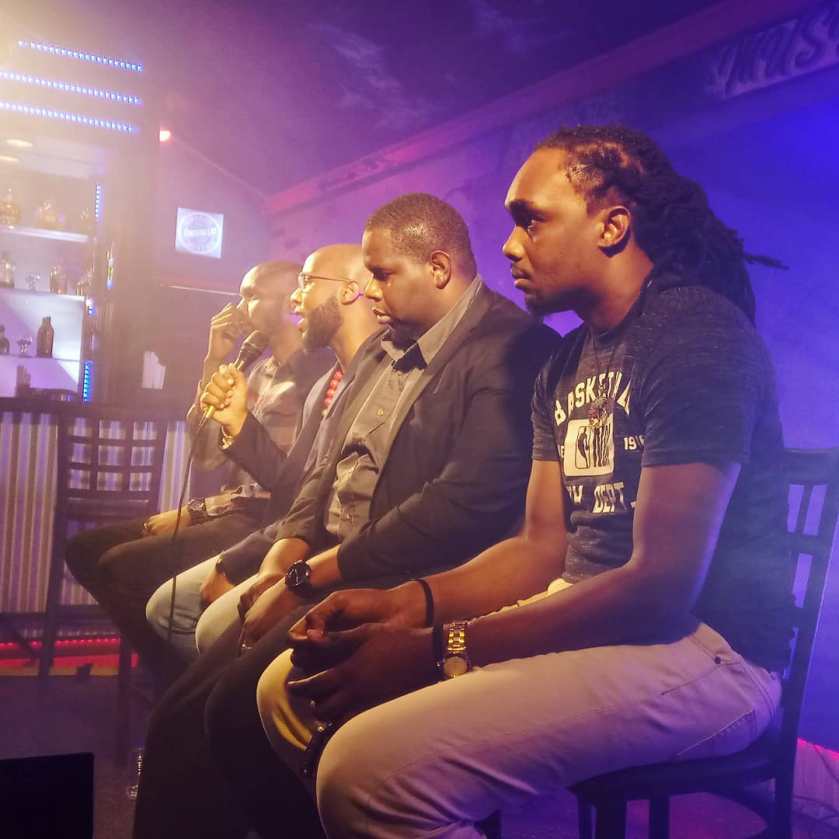 She started singing at an early age with the Pinnacle of Rubies Vocal Academy where she trained vocally up to the advanced level. She then furthered her vocal studies at the Vanessa Briggs Vocademy where she also gained her certification in voice coaching.

My heart is set on helping performers fulfill their dreams and goals by connecting them to the right persons, creating opportunities and nurturing them to a place of achieving maximum potential. This is the epitome of Tisha’s Vocal Academy.

Tisha is also a holder of a Bachelors degree in Sociology from the University of the West Indies.