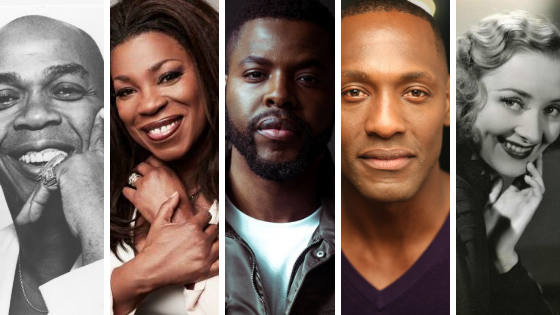 There is a discussion taking place in the wider world of film and television and it speaks to persons of varying ethnicities, genders and age groups. If the recent Hollywood box office figures and awards season are an indication, the call for diversity and inclusion seems to be the latest trend. Whether fad or final, it is making an impact and is hopefully here to stay. This direction (or calculated move) creates more opportunities for persons who are marginalised or under-represented to tell their stories on-screen, beyond perfunctory stereotypes. Coming from a burgeoning film society, Trinbagonian talent have immense potential to gain exposure and employment opportunities from said movement and conversations, and we are already a part of it.

Trinis have been “making it” in the movies for a long time, which should come as no surprise; given our innate creativity and diverse cultural milieu. One of the earliest records of a Trinbagonian movie star is Marian Marsh (Violet Ethelred Krauth). The screen siren was born in Trinidad in 1913 and starred in classic films like The Road to Singapore (1931), Five Star Final (1931) and Svengali (1931), alongside Hollywood legend John Barrymore. Talented son of the soil Geoffrey Holder also left his mark upon the audio visual world when he passed in 2014. The veteran performer migrated to the United States in his youth and appeared in several noted productions; including Annie (1982) and Boomerang (1992), which featured Halle Berry and Eddie Murphy. Lorraine Toussaint has a career that spans almost thirty five years and has seen major success with shows like Any Day Now, Into the Badlands, Rosewood and Orange Is The New Black. However, the most contemporary example of an international movie star with Trinbagonian blood is Tobago-born Winston Duke.

The talent is fairly new to the industry, but has managed to garner a lot of attention and critical acclaim for his work. Duke made his big screen debut in the record-breaking, blockbuster-Black Panther (2018) and his filmography highlights a consistent body of work, with upcoming projects like Us and Avengers: Endgame. The promising talent seems to have been hand-picked by Hollywood heavyweights to be their shining example of acting talent with West Indian roots; a modern Geoffrey Holder for Millennials and Generation Z. He is a part of a select pool of rising ethnic stars who are being strategically marketed to a diverse audience, along with counterparts Lupita Nyong’o, Gina Rodriguez, Priyanka Chopra and Henry Golding.

Duke, Toussaint, Holder and Marsh all left our beautiful shores to live abroad during their formative years, and were therefore adjacent to opportunities that precipitated their on-screen careers. This may suggest that locally-based performers are geographically limited as a result of living in the Caribbean region. Hence many tenacious Trini talent make the move to the City of Angels, Canada or England to see where they can open doors to the international film and television markets. Even then, these actors must prove their viability and star power. They must be able to resonate with viewers beyond the average face.

G. Anthony Joseph is one of many local actors who has done this and the Men of Gray (1990) star has carved a nice space for himself in the film industry abroad. When asked about the diversity trend, the actor chose to focus on the quality of work, versus the so-called “movement”:

“In short, it really comes down to this..What do you have that’s so special that Hollywood and the world cannot do without? Thus far, my experience has been – good work speaks for itself….I can only speak from my direct experience in being called into the major networks and studios for auditioning and landing guest starring roles. I never focused on my ethnicity, race, where I was born, or any kind of label or movement ….The viability of Trinidad actors outside of the local film industry, trying to break into Hollywood is really up to the individual. If I were to give any advice, get rid of the labels and or any movement or associating yourself to any one group that you think might make things easier for you to succeed, gain access and break into the audition room.”

When the discussion was posed to international actor/model/film Producer Paul Pryce of Jessica Jones and The Deliverer (2018) fame, he had a similar take:

“Harnessing and using all that you have to offer is critical. Telling stories that are authentic and personal is key to any story reaching audiences anywhere in the world. I would say that the ‘local’ film industry isn’t separate and apart from the global industry and I think it’s more useful to see ourselves as part of it. Hollywood isn’t the only place making movies… As for diversity, I think by consistently making our own, for our own and proving that the Caribbean audience is ready for, and paying to consume content coming out of the region is a start to seeing more Caribbean diversity on diverse media platforms.”

Cultural Ambassador and prolific performer Rhoma Spencer, like Joseph and Pryce, migrated in an effort to develop her creative career. The multifaceted talent left the island for Canada in 1999 to attend York University in pursuit of a Masters Degree in Directing. She believes that diversity in film and television is not new:

“To say that Trini actors are getting one foot in the door now is a form of silver screen amnesia. Lorraine Toussaint has been blazing the Hollywood trail since the 80s.… What I would welcome in celebrating this diversity, is when we get to speak in our accent and not assimilate into being American or Jamaican… Until we can speak “Trini” on the silver screen, then I can truly embrace the Trinbagonian contribution to that diversity…Over in England the Trinis had it easier in the latter 1960s with “Love Thy Neighbour”, starring Rudolph Walker and Nina Baden-Semper. They played their Trini accents, and England welcomed the diversity to shine a light on their own racism and prejudices.”

It may not be practical to think that being a Trini can land someone a role; however it can make you stand out; which is the next best thing. Gina Parris is a young, up-and-coming local talent who made the move to Los Angeles within the last four years. After frequenting auditions and heavy networking, she believes that being a cultural curiosity is a double edged sword:

“Americans love the Trinidad and Tobago accent and the fact that I come from the islands interest them. However, for an international actor to compete in the USA, he or she needs to know the American accent…. They don’t care if you are a foreigner, as long as you have talent, look the part they want, and sound the part; you will be considered…. As a Trini you are on the same playing field as the Americans, in terms of working in entertainment; meaning you will be treated the same. It is all about the money; the entertainment business.”

Trinis have a keen desire to stand out and be noticed. We are confident and vibrant people, and in many ways that is an asset that can help any local actor in the international film and television industry. Whether the so-called movement towards diversity and inclusion is one rooted in a genuine desire to explore other cultures, races, faces and spaces beyond the ones audiences have been bombarded with for decades, or simply a financial ploy, local actors who want an international career should think about how they can strategically fit into the trend. It is not enough to just know your craft, be charismatic, have the right look, or be in the right place. All actors (including Trinbagonian talent) must network, gauge the industry and always remember that in the end the world of film and television is an aggressive business; diverse or not.

Pauline Mark is a Film Producer, Writer, Director and Actor who has been involved in entertainment, culture and the arts since 2003. She has appeared in noted Trinbagonian productions, including: Positive and Pregnant (2011), The Cool Boys (2012), Home Again (2012) and Bazodee (2015), and has been featured in many local and regional print and television advertisements.

Pauline has served as a content creator for state-media; co-producing and scripting two seasons of Wired 5.0 Carnival series. She also created, produced and directed X and Y TV series in 2016, and produced The Apartment: About Last Night pilot film in 2015, among other projects. A true patriot, Pauline continues to do work that promotes Trinbagonian culture, people and places.